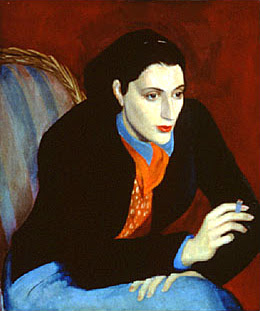 I just discovered the poet May Sarton, here is a poem for all of you called 'love'.

Fragile as a spider's web
Hanging in space
Between tall grasses,
It is torn again and again.
A passing dog
Or simply the wind can do it.
Several times a day
I gather myself together
And spin it again.
Spiders are patient weavers.
They never give up.
And who knows
What keeps them at it?
Hunger, no doubt,
And hope.

More of her poems on:
http://languageisavirus.com/may-sarton/
Posted by Melissa C at 8:37 PM No comments:

5 things that I love right now:

- learning about anthropology and development
- the sounds of london town and the song LONDONTOWN by MAN LIKE ME: http://www.youtube.com/watch?v=yFsMUHIWJQQ
- drum'n'bass -> especially 'high contrast'
- the new monkey island (love you)
- my bed sheets

- Bureaucracy
- Tuesday's which result in a ridiculous fatigue after 12 hours of being on campus.
- socks all across my floor
- missing being a child
- flies in my kitchen
Posted by Melissa C at 1:27 PM No comments: 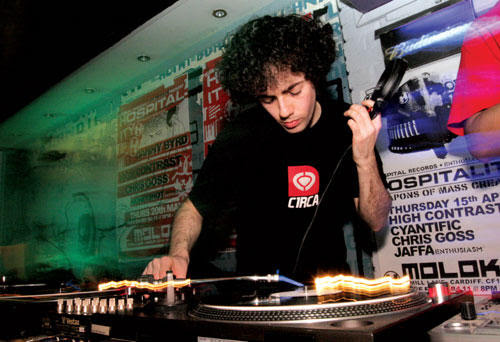 One of the most banging drum'n'bass tunes ever. High COntrast is in Fabric this weekend. One of the most amazing live music venues on Friday nights.
Check it out:

http://www.fabriclondon.com/
Posted by Melissa C at 1:21 PM No comments:

The Curious Incident of the Dog in the Night-Time

I picked up this book from a second hand sale by the Thames last week during Thames festival. I'd heard a lot about it from various places and decided that it would be worth having a look at. I finished the book in a day. This book is very original. It is written from the perspective of a fifeteen year old boy, Christopher, who is very clever and knows a lot about maths and science. His next door neighbours dog is murdered and Christopher sets out to discover the killer and writes a 'murder-mystery' novel, which is what we have in our hands here, from his own words. The reason why this book is so different is because Christopher isn't like normal fifeteen year old kids. He is socially awkward and does not understand why people do not 'observe' the world as he does. An insightful book, it allows the reader to truly, even for a few days, think about the true and real things around him or her. I would recommend it to anyone!
Posted by Melissa C at 9:09 AM No comments:

Brida is a novel for those wanting to escape everyday banality and enter a world of magic, true magic - a magic that only few can understand. Brida is a young Irish girl (based on a true story) in search of love and her true self. She will find it at the end of her journey. All inhibitions will be eradicated as she follows the Tradition of the Moon - a long magical tradition followed for centuries. It is a novel that we can all learn from: sometimes it is important to let ourselves go without thinking of the consequences, as we may discover great things about ourselves. A bit like the Alchemist - in the sense that you feel a great sense of peace and calm at the end of the novel. A profound understanding.
Posted by Melissa C at 9:02 AM No comments: 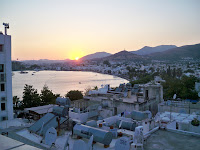 So, now that I’ve finished University I’m having a summer enjoying every moment and looking forward to starting my masters next year in London. Until then, I have a month in Turkey. I’ve just spent a week with my friends in Bodrum (South West) having an absolutely fantastic time staying in a small hotel by bar street. It has a terrace that looks over the beach and it is very good value for the amount you pay each night. I would recommend it to anyone. (Especially students and backpackers)

After waking up with a few hangovers, ruining both my phones at a foam party (Halikarnas disco, the oldest disco in Bodrum – Mum said she used to go when she was my age), swimming every day and going on a boat trip, I now find myself in a small sea village called Bozburun with my parents.

Dad hired a car and from Bodrum we went on a ferryboat to cross over to Datça – this is where my grandparents have had a summer place for years and I have been going there since I was a baby. Everyone knows everyone, there are no tourists and it has a ‘blue flag’ beach (meaning it is one of the cleanest places in the world). I absolutely love it.

Anyway, we stayed there a night (I will be going back in a few days) but we thought that for a change we would drive around and stay in some bays we haven’t been to before. Yesterday we thought we’d drive to Bozburun and Selimiye, which are about an hour away from Datça and Marmaris. On the way, we stopped off at ‘Kız Kumu’, which is a beautiful place where there is sand in the middle of the sea across two bays, so when people walk across it, it looks as if people are walking on the water. From above (the moun

tains) the colour change below is fantastic, as you can see the red sand path dividing the deep blue sea on either side.

There is a myth behind this path. Apparently a King took over the pirate’s area and so the pirates were angered and killed the king. While the king’s daughter was trying to escape the wrath of the pirates, she collected sand in her skirt and tried to lay out a path for her to cross the sea (all because she didn’t know how to swim). Unfortunately, the story did not end well and she end up drowning because she ran out of sand. Sad times. I would recommend anyone to go to this place just because it feels quite magical walking around in the sand with sea on either side of you.
(Image used from:
Posted by Melissa C at 11:49 AM No comments: 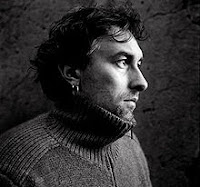 Yann Tiersen is one of those musicians who surprise you when you least expect it. Known best for his music on the soundtrack for Amélie, Tiersen has come a long way, creating several albums full of different instruments and themes that fail to impress. After wanting to see him for the past five years, I was lucky enough to see him live on Sunday in the venue The Dutchess in York, U.K on the 10th May. His live stuff is less like his recordings and a taste of this can been heard on his live album On Tour (2006). His experimental music with guitars, violins and keyboards provide a night of wonder, allowing one to disappear into a world of a fairytales filled with images and colours. He plays with such energy, charisma and emotion that reflects in the reactions of the audience. An atmosphere that is incredible, it is definitely worth seeing him if you get the chance. It was the best gig I've been to in a while...
Posted by Melissa C at 6:36 PM No comments:

5 Things that annoy me right now:

1. Being constantly tired.
2. The messiness of my room and kitchen.
3. My favourite jeans have a massive rip in the backside. Had to bin it! =(
4. The lack of food (or good food) in my cupboard and fridge.
5. How my hair makes me look like something from the Adam's family. (I had to blow dry it earlier)

5 Things that I love right now: 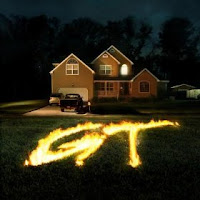 Girl Talk is DJ Greg Michael Gillis. He is a legend. Remixes samples from several different tracks so most times there are more than 10 songs within one of his remixed songs. Here is an example: "Hold up" from the "Night Ripper" album which has 13 samples in it including Pixies - "Where is my Mind?" and 50 Cent - "In da Club". One excellent thing about this guy is that he can mash music from different genres and make it sound brilliant. Check it out:


Here is a video with the song "Hold Up". I did not make the video:

You need to be patient with his music to appreciate it. The songs all blend into each other as well, which is very impressive. Such DJing skills are rare! To date he has four studio albums:

I have just discovered "Greg Rutter's definitive list of the 99 things you should have already on the internet unless you're old or a loser or something." The link is:

It has put a smile on my face more than once this week. I personally recommend Charlie the Unicorn. Definitely a winner. And "I like Turtles" boy. He's definitely going to grow up to be a promising young man. I'm always fascinated by the amount of videos that are made in relation to the 'original' video. Thousands of remixes, thousands of spin-offs. Everyone's seen the dramatic chipmunk. Who's idea was it to make him wear a monocle and a hat. Sheer brilliance if you ask me. Also just discovered "I kissed a squirrel and I liked it" - a parody? of Katy Perry's "I kissed a girl."

What more can I say: http://www.youtube.com/watch?v=qzVvZw39b_s&feature=related