Usually when people are sad, they don't do anything. They just cry over their condition. But when they get angry, they bring about a change. 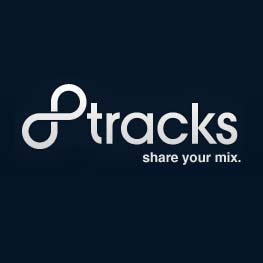 So, earlier last year I wrote a blogpost about different websites/programs to listen to and discover new music. Alongside the program Spotify, I talked about Musicovery as well as Stereomood as ways to find music to fit your mood. What I want to talk about today is 8tracks.

8tracks was recommended by mate who knows that I love to discover music. 8tracks is a website where you can search for personalised mixes by artist, tag or description and there are thousands of mixes that suit every moment. If you get a free registration you can favourite mixes as well as create your own. If I feel like being productive, I search for the phrase 'being productive' and there you go, 100s of playlists specially designed to get you motivated.

I've been using this website more and more and truly recommend it to all music lovers out there and those who don't know WHAT they want to listen to - you don't have to decide, just browse and enjoy.
Posted by Melissa C at 5:59 PM No comments:

The most beautiful thing we can experience is the mysterious. It is the source of all true art and all science. He to whom this emotion is a stranger, who can no longer pause to wonder and stand rapt in awe, is as good as dead: his eyes are closed


~ Albert Einstein
Posted by Melissa C at 5:38 PM No comments:

"Injustice anywhere is a threat to justice everywhere" - Martin Luther King Jr.
Posted by Melissa C at 10:34 AM No comments:

I'm sure we've all been there before - having endless conversations about whether "it's" right or wrong, making fun of the Vegan or Vegetarian at the table, seen people or even been one of the people that makes an uncooked chicken walk around and say "Don't Eat Me!" by sticking our hands up them...

But my reason for writing today is not to question whether eating meat is right or wrong or even make a claim saying we should become Vegetarian or Vegan...it is more to shed to light some of the facts and ideas that have come my way, especially over the last few months, and make everyone think about it a little bit more...the way that I have started to, not just about eating meat, but about food in general and what we put into our own bodies to use as energy.

So, I bought Jonathan Saffran Foer's book Eating Animals by recommendation of a friend who told me that she became vegetarian after reading it. I was interested - after all, I had always questioned WHY I didn't question my own choice of eating meat. I thought perhaps this book would answer some questions.

I left it on my shelf for almost a year - perhaps I was scared of finding out the truth. Perhaps I wasn't ready to let go of certain myths that I held about eating meat. After all, as Foer points out - eating is a shared story. And a lot of us don't want to let go of that shared story. I certainly feel I don't want to - after all, there are histories and traditions behind the food we eat, we share food with the people we love. But somehow I realised that I had to learn more about what I was eating.

So I decided I would read the book. And talk to some friends who were Vegan and Vegetarian ( I realised I had many - coincidence?) Perhaps I will talk about the book in another review. For now all I want to do is recommend it to those who are perhaps just that little bit interested in the way that I was - those who, perhaps, want to know the truth.

And I will also share another video that I watched recently on the same topic which talks about our disconnection with eating meat, "Carnism", as Melanie Joy puts it. She goes on to say that "dominant, violent ideologies use a set of social and psychological defence mechanisms to enable human people to participate in inhumane practices without fully realizing what they're doing", and I feel that I can't disagree with that at all. The video, "The Psychology of Eating Meat" is here.

In other words, this blog post has come out of a somewhat passionate insight into the importance of realising that we have a CHOICE with what we do and that we can question the 'inquestionable'that has become a norm.

I am not saying that I am now a vegetarian...all I am saying is now I KNOW that I have a choice in the matter, because I am aware. And in order to be aware I had to listen to people. And what I'm saying is that there are people and ideas worth listening to. As compassionate and empathetic beings we have to realise the level of cruelty and crime that is being committed across the globe.

Currently I am hardly eating hardly any meat and focusing my diet on eating fish that I have known has been 'ethically fished' but that's another issue we will get into another day. For now I just want to say I'm thankful for anyone who's taken the time to talk to me about these issues...the conversations have been eye opening. And I hope that my share opens some more eyes about our own choices...
Posted by Melissa C at 9:38 PM No comments: 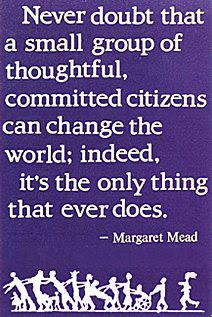